Majorca - the perfect location for filming 'The Night Manager'

It took the English speaking world by storm! Yes, we're talking about the British BBC TV adaptation of John Le Carre's thriller 'The Night Manager' that was filmed mainly on the lovely island of Majorca.

The Night Manager features an all-star cast including Tom Hiddlestone, Hugh Lawrie, Olivia Colman and Elizabeth Debicki. However, it's not too far fetched to claim that the real star of the thriller series was - Majorca itself! Of all the luxurious locations in the world that could have been chosen to film The Night Manager, Majorca was obviously top of the list.

It's hardly surprising: Majorca boasts the sort of luxurious, upmarket locations ideal for a drama series dripping in wealth (although the money sloshing round in The Night Manager appears to be ill-gained to say the least!) So let's take a look at some of the locations on the island to help you re-live your favourite scenes from The Night Manager.

This fabulously elegant hotel on Majorca's Palma Bay lies just a few miles west of the capital itself.

Several scenes were filmed here, in particular where Richard Roper and his entourage toast their good fortune by the hotel's swimming pool overlooikng the bay.

Originally built in 1950, the hotel is no stranger to international stars. In the past celebrities such as Errol Flynn, his wife Patricia Wymore, Montgomery Clift as well as many members of European aristocracy were known to have regularly stayed here. Renovated in 2002, Hotel Maricel maintains its seductive charm and remains popular with an international clientele.

The impressive La Fortaleza, situated on the headland at Puerto Pollensa in the north of Majorca, is unscrupulous arms dealer Roper’s main residence. A place where he really liked to flaunt it! It originally was a fortress too, but today it is a private residence owned by the British peer, Lord Lupton.

Who can forget the dramatic dining scene with the stunning backdrop overlooking Cala Deia whereRoper's little boy is kidnapped by a group of supposed terrorists?

Well, the location is actually the delightful fish restaurant called Ca's Patro March where the filming took place. If you wish to visit the restaurant, best to leave the car up in the village of Deia and walk down the marked pathway to Cala Deia's beautiful cove beach.

This splendid hike through the lemon groves beneath the Tramuntana mountain range is one of the most breathtakingly beautiful in the whole of Majorca. 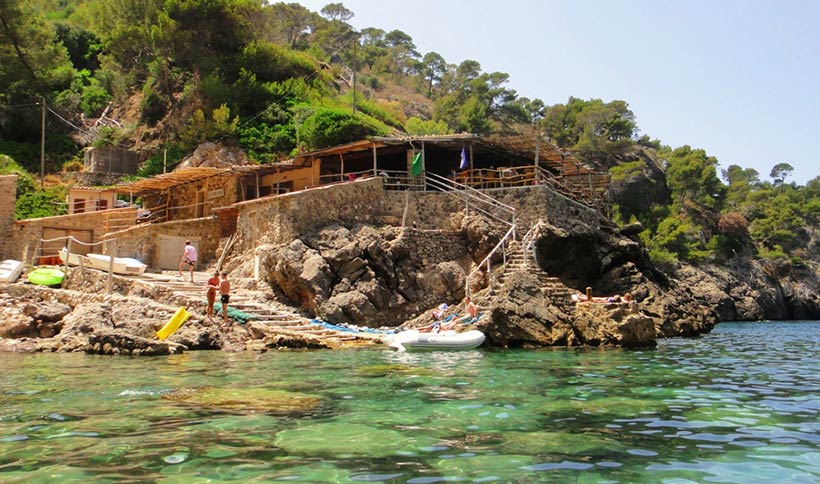 Pine uses the opportunity to take Roper's son out for a daytrip, and while enjoying an ice cream, secretly meets Burr the British agent who is running him. The action takes place on Puerto Soller's seafront promenade, the Carrer de la Marina, a favoured destination for some of the world's wealthiest superyacht owners.

Memorably the location where Pine and Jed (Roper's girlfriend) get rather frisky, the Son Julia Hotel near Llucmajor dates right back to the 15th century. With its Moorish gardens and lush, handmade carpets, the hotel also doubles for a scene supposedly set in Istanbul, Turkey. 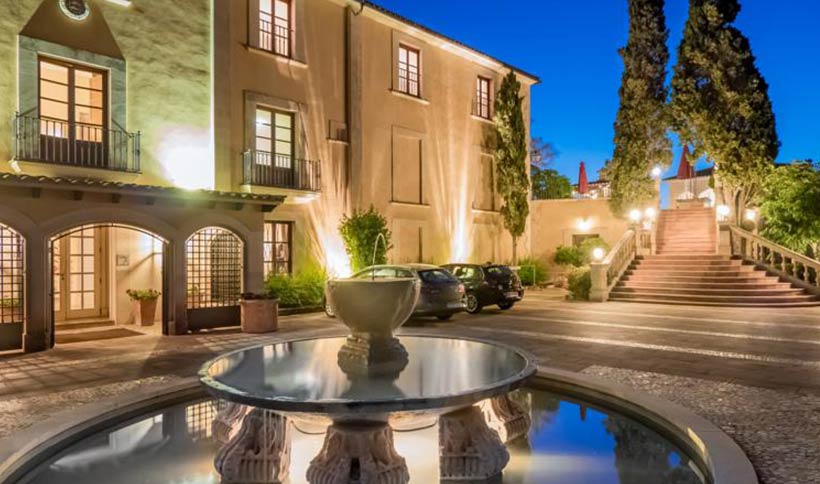 It's not all wall-to-wall high life in The Night Manager! This beautiful old Gothic church in the centre of Palma's old town doubles as a secret location in Madrid during the TV series.

It goes without saying that the international success of The Night Manager has had a genuinely positive effect on Majorcan tourism, and also serves to promote the island as an ideal location in which to own a property.

This is interesting for you

The real estate experts at Balearic properties share their knowledge and experience of the real estate market in Mallorca As international property consultants.