The new land law of the balearic islands 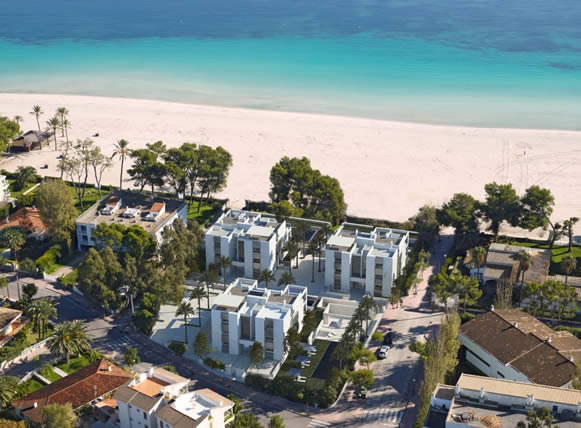 On March 11th the Parliament of the Balearic Islands adopted the new regulation of the use of the land of the Islands, an important event, because our Autonomy until now did not count on a law of the land. The new law implies important changes of the urbanistic regulation and cancel and replace the current large and dispersed stipulations.

The aim of this law is the simplification and rationalization of the planning and management of the urbanistic activity. Not included in the mentioned law is the regulation of the use and activities on rural ground, which already counts on a special autonomic regulation.

Regarding the construction and the edification, the Law simplifies the management of planning permissions, for example smaller construction works can be started after a simple previous communication to the Town Hall and without the correspondent urbanistic license. Excluded from these simplifications are buildings in rural protected land and new constructions.

At the same time the sanctions are tightened and the liabilities are amplified to the people who collaborated with the perpetrator, or who made the infraction possible (promoters, technicians, officials, authorities….).

In relation to the long desired amnesty for properties “out of regulation” on rural ground has to be taken into account, that despite many critics against the adoption and the presented requests of modification, now finally will be possible a legalization of these kinds of properties.

The properties classified as “out of regularion” are those which were built without construction license and could not be legalized, because the urbanistic regulation did not foresee this possibility. In addition, other buildings are included into this category, those which were built legally, but were extended or renovated without license, or with a expired license. In any case, the infraction is extinguished by prescription, therefore, a demolition cannot be ordered. The time limit of prescription for construction infractions on rural ground is usually of eight years.

The concept “out of the law” implies that on these properties, no constructive works can be executed and in some cases the permission for the correspondent supplies as electricity, water, sewage system, telephone or telecommunication cannot be provided, until the buildings will not be legalized. As this legalization has to be requested in accordance with the law in force in the moment of the request, in most cases it was not possible to legalize.

Thereby resulted the paradoxical and ambiguous situation, that for these properties has to be paid the Property Tax, although they cannot be legalized and cannot obtain a construction license or a certificate of occupancy for properties built before the year 1987.

The new law will permit the owners to bring to an end the current situation and in consequence to increase the market value of the properties. At least there exist 25.000 edifications of this kind on the Balearic Islands.

The law will come into effect within two months, to count from the publication in the official bulletin of the Balearic Islands – BOIB. The stipulation of the law regarding the possibility of a legalization of properties “out of the law” will come into effect as soon as the different Councils of the Balearic Islands approve it in absolute majority in their plenary session. The decision will then be published in the BOIB and from this date on will be granted a time limit of three years to the owners to request the legalization. At the end of this limit the legalization of properties “out of the law” it seems that it will not be possible anymore.

The following buildings could be legalized:

The legalization has to be requested in the Town Hall under presentation of the graphic and written documents, regarding the real state of the building and with a project of adjustment to the general conditions of integration into the environment and landscape planning.

This incorporation into the legality cannot be applied to housings, which in accordance to the current regulation fall under expropriation, obligatory delivery or cession without charge, or if they develop activities, which have to be declared as general interest beforehand. Neither will not be possible the legalization of the buildings located in areas which are of public property or on easements derived of the Coast Law.

The legalization will oblige to pay the same taxes and charges as foreseen for new buildings. Apart from these, a penalty has to be paid, called “financial accomplishment”, a percentage which depends on the moment the legalization is requested. This quote is applied to the costs of the material realization of the legalized construction, which appears in the file of legalization:

Now we have to await the acceptation of the Councils of the Islands and afterwards the publication in the BOIB, which probably will confirm the content of this guide and finally the interpretation of the Law in practice, corresponding to the Municipal Administration.

From our point of view, the adoption of this Law is a unique opportunity which allows the owners to legalize the properties in a limited time space, which have been built or extended without license so that they can enjoy the increment of value of the property and they will avoid many problems in the moment they will decide to sell the housing.