It is, possibly, one of the offices most established to the Majorcan culture. The profession of marger, which entered decline in the middle of the XXth century with the crisis of the agriculture, could have recovered thanks to the implication of diverse institutions 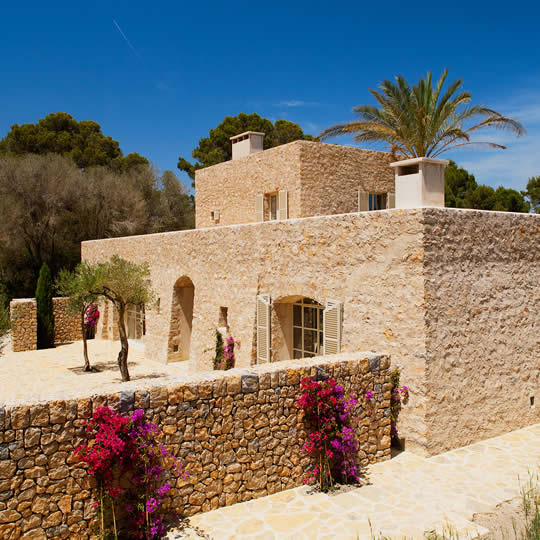 Stone Facade of a Private Property

The profession of marger is documented in Majorca from before the XVth century, although in the 60’s it entered slope due to the crisis of the sector of the agriculture. In the middle of 80, diverse public institutions, especially the Consell of Majorca, intervened to avoid the disappearance of this traditional office.

The creation of workshops and schools of formation has allowed to teach the skill of the marger to new generations and, although the sector of the construction is at present in the low hours, she is not at present in danger of extinction.

For those who should not know the office, the mestre marger Pep Lobera, born in the village of Pollenca explains the reality of one of the hardest works of Majorca. ‘ We build country homes cladded entirely with natural stone facades and surrounding walls of stone.

In fact, the current work of the margers is, precisely, that of recovery. ‘ The time has been degrading the work that for years was realized. We devote ourselves to be restoring the ancient constructions ‘, tells Pep, which already takes more than 25 years immersed in this family job.

The mestre marger recognizes the hardness of the profession. ‘ It is a heavy work, we spend ourselves hours working outdoor. In winter we bear temperatures of up to a grade, whereas in summer the heat becomes unbearable ‘. Hence there are no almost women margers. ‘ They do not last. Earlier there was more, but now when they sign up to the workshops they end up by leaving it ‘, although it admits that not only the féminas retire. ‘ Not the whole world bears the hardness of this profession, many cannot continue the rhythm ‘, tells Pep.

New buildings are build with the latest technologies like the eco design houses also use ancient materials like stone walls to keep the tradition and identity in Mallorca.