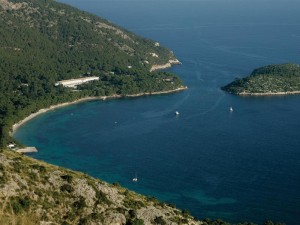 One of the best places you can stay in Mallorca for a vacation is Hotel Barceló Formentor, nestled in the northern most point of Mallorca, situated right in the middle of 3000 acres of a protected natural reserve. It is also famous for the honeymoon famous couple Grace Kelly and Prince Rainier in 1956. The Hotel is situated in the midst of calmness and tranquillity of the forest, which makes it a haven for honeymooners and people who are looking for some quiet.

The northern part of  Mallorca  has a history of being formed very bizarrely by the action of the water and the winds which have created a natural scenario of beautiful mountain range next to the sea. Property for sale in this area is very desired as well.  On the Cap de Formentor, there are steps, paths, walls as well as a lighthouse, which had been made from the mountain cliffs in 1892. This was done under the orders of the poet Miquel i Llobera, who had the ownership of the peninsula. When the poet died, the cape was distributed into several parts and sold. It was later in 1928 that an Argentinian named Adan Diehl decided to construct the Hotel Barceló Formentor. Diehl was a patron of art and wanted to create this hotel as a striking work of art. 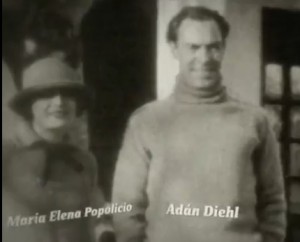 Since before the visit by Grace Kelly and her husband, until today, the Hotel Barceló Formentor still maintains its aura of beauty and luxury, which time apparently, had has no effect on. The exact location of the Hotel Barceló Formentor is in the exact middle of two mountain peaks and a beautiful sandy beach with a protected beach of bright blue waters all ready to greet you a very fresh, warm and coastal welcome.

The reception area is of pristine marble floor, which is an invitation in itself. But this is not what will take your breath away. It is the magnum glass window opening up to the Cap de Formentor beach and the magnificent gardens that will hold your attention.

Since the visit of Grace Kelly, the Hotel Barceló Formentor had opened a special suite and named it the Grace Kelly suite. This was probably the room in which the Hollywood actress had spent her honeymoon. This is indeed a colossal suite with very luxurious and elaborate decorations. It probably has the best view of all the other rooms. The windows of the rooms open up to the garden, then the mountains, moving on to the bright blue sky and beneath it, the clear turquoise sea, providing you with a mind blowing summary of the island itself. 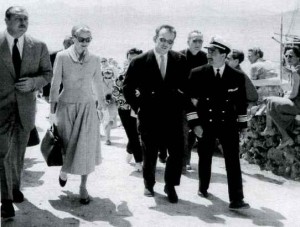 Apart from the indoors of the Hotel Barceló Formentor, there are also many things that the authorities of the hotel will offer you. There are beautiful tennis courts for those who like to play. Here is also a small but excellent mini golf course, which promises to provide you with a morning full of entertainment.

The Hotel Barceló Formentor also provides you excellent opportunities for sun bathing. You are free to choose between the hotel’s pool and the beach. At the beach, you get to avail sun loungers, although they do not come for free. However, with a few bucks, you can really have a luxurious sun bath. You can end your sun bath with a refreshing dip in the Mediterranean Sea.

Another very major attraction of the Hotel Barceló Formentor was its food. The hotel has quite a few restaurants under it. On the beach, there is the Platja Mar as well as the al a carte El Pi. The central dining restaurant is the El Colomer. Here you will be served with meals all throughout the day. The El Colomer is situated on a terrace and provides you with an excellent vision of the beach and the mountains. The restaurant serves meals in buffet and the taste is awesome a well. One of the very well known delicacies of the El Colomer in Hotel Barceló Formentor is its desserts, especially the Chocolate Fountain. This is definitely a must for all chocolate lovers.